William Alexander "Bud" Abbott was an American actor, best known for his film comedy double act, as straight man to Lou Costello. Born on October 2, 1897, in Asbury Park, he was born into a show business family. Abbott worked
Continue Reading On Friday, August 25, 1899, William McKinley, 25th president of the U.S., gave a speech at the Ocean Grove auditorium, following a presidential parade through the streets of Asbury Park. In his speech, about matters concerning the end of the
Continue Reading On August 10, 1910, the Wright Brothers came to Monmouth County to stage “America’s Greatest Aviation Meet.” It was designed to be a grand exhibition of manned heavier-than-air flight using the aviation system the Wrights created. The aircraft, called the
Continue Reading On July 27, 1918, boxer Jack Dempsey knocked out Fred Fulton in just under 19 seconds of the first round. It was Dempsey's first major fight, and within a year, Dempsey would defeat Jess Willard to become world heavyweight champion,
Continue Reading By Mark A. Wallinger On October 22, 1919, Elizabeth Ann Christian (later Blaesing) was born in Asbury Park. She was the new baby daughter of the sitting president of the United States. Never heard of President Christian, or President Blaesing? That’s
Continue Reading On June 7, 1921, James A. Bradley, founder of the Monmouth County communities of Asbury Park and Bradley Beach, died at age 91, just three weeks before he could see a statue of him erected near Convention Hall to commemorate
Continue Reading Editor’s note: In 1926, legendary New York Yankees slugger Babe Ruth brought a barnstorming team to Monmouth County for a pair of exhibition games, one on October 11 in Bradley Beach, and the second on October 23 in Highlands.  Both
Continue Reading

On New Year's Day, 1930, a showing of the 1927 film "Wings" marked the opening of the new Paramount Theatre in Asbury Park. The Paramount is co-located with the Asbury Park Convention Hall on the boardwalk along the Atlantic Ocean.
Continue Reading On July 5, 1930, at 4:30 p.m., an explosion erupted at Frank Cimino’s fireworks factory in Neptune Township, killing four people and injuring four. The blast could be heard for miles and was followed immediately by a series of additional
Continue Reading SS Morro Castle: An Inferno at Sea, a Burning Hulk on the Beach, and Many Unanswered Questions

On September 8, 1934, the luxury passenger liner SS Morro Castle caught fire and burned during a raging storm off the coast of New Jersey, killing 137 passengers and crew members.  The ship, en route from Havana to New York
Continue Reading Editor’s note: On September 11, 1934, the S.S. Morro Castle was a blackened hulk resting just off the beach at Asbury Park, three days after coming to a rest there after a horrific fire at sea. The site of numerous
Continue Reading Legendary film actor John Joseph (Jack) Nicholson was born on April 22, 1937, in Neptune City. He lived there, then in Spring Lake, and attended Manasquan High School, where he was voted "Class Clown" by the Class of 1954. He
Continue Reading Editor’s note: The following story is reprinted with the permission of the authors of A History of Submarine Warfare along the Jersey Shore (The History Press, ©2016, available from retail booksellers everywhere). By Joseph G. Bilby & Harry Ziegler It
Continue Reading Daniel Michael "Danny" DeVito Jr. , an American actor and filmmaker, was born November 17, 1944 in Neptune City. He was raised in Asbury Park, and has been quoted as saying "Jersey is always with me. I was one of
Continue Reading On September 23, 1949, Bruce Springsteen was born in Long Branch; he would grow up in nearby Freehold. Bruce played the bar circuit in and around Asbury Park while assembling his famous E Street Band. His breakout 1975 record, Born
Continue Reading On June 24, 1961, at the AAU Championships at Downing Stadium in New York City, Frank Budd became the first man to run the 100-yard dash in 9.2 seconds, setting a new world record (he is pictured above setting the
Continue Reading 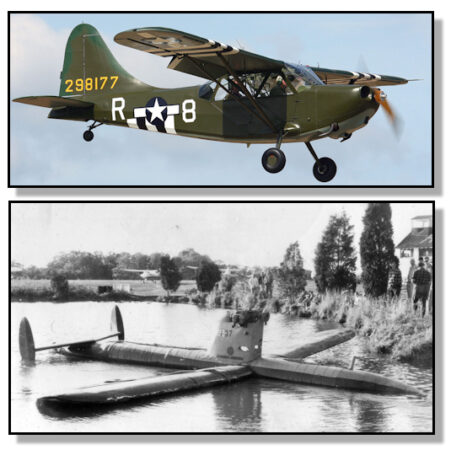 Shrewsbury Had Flying Jeeps but Asbury Park Had a Flying Submarine On August 16, 1970, Universal Pictures released a new motion picture entitled Dreams of Glass, which was written, directed, and produced by Robert Clouse (1928–1997), most famous for directing some of Bruce Lee’s greatest films, including Entering the Dragon (1973) and Game of Death (1978).
Continue Reading On January 5, 1973, Columbia Records released Greetings from Asbury Park, N.J., the first album from Bruce Springsteen.  As an unknown newcomer, his debut record enjoyed only modest sales, but received acclaim from leading rock critics such as Robert Christgau
Continue Reading On February 8, 1974, The Stone Pony, one of the world’s best-known live music venues, first opened its doors in Asbury Park, across the street from the boardwalk. Founders John P. “Jack” Roig and Robert “Butch” Pielka bought the club
Continue Reading The Greatest Show in the History of The Stone Pony On November 27, 1988, the famous Palace Amusements indoor amusement park and resort closed its doors for good after nearly 100 years in operation. The resort was the brainchild of Ernest Schnitzler, who had moved to Asbury Park and saw
Continue Reading On June 8, 2004, volunteers removed one of the "Tillie" murals from the Palace Amusements building in Asbury Park, so as to ensure its preservation prior to the demolition of the building. "Tillie" is the nickname of two murals of
Continue Reading