The borough of Tinton Falls was originally formed as New Shrewsbury by an act of the New Jersey Legislature on August 15, 1950, based on the results of a referendum held on July 18, 1950, after breaking away from Shrewsbury Township. It was renamed "Tinton Falls" in 1975, to avoid postal errors. The name came from Lewis Morris's plantation, Tinton Manor. The borough is home to the highest waterfall on New Jersey's coastal plain. How Enslavement Came to Monmouth County

Editor's note: On December 29, 1675, the entrepreneur Lewis Morris purchased a one-half interest in a bog iron property in Monmouth County near Colts Neck.  He built an iron forge on the river in what today is Tinton Falls, and
Continue Reading The Razing of Tinton Falls: 16 Dead in Waterfront Fighting Between Monmouth County Patriots and Loyalists

On June 10, 1779, a raiding party of about 100 Loyalists left British-controlled Sandy Hook and attacked Tinton Falls for the second time in six weeks, seeking guns, ammunition, food, supplies, and to arrest local leaders of the militia.  The
Continue Reading Editor’s note: On March 24, 1930, the aviation facility then known as Airview Field was the scene of an accident, quite possibly for the first time, when an airplane attempting a night landing overturned, wrecking the aircraft.  Luckily, the three
Continue Reading Naval Weapons Station Earle, named after Rear Admiral Ralph Earle, the chief of the Bureau of Ordnance during World War I, was commissioned on December 13, 1943. Its distinguishing feature is a 2.9-mile (4.7 km) pier in Sandy Hook Bay
Continue Reading 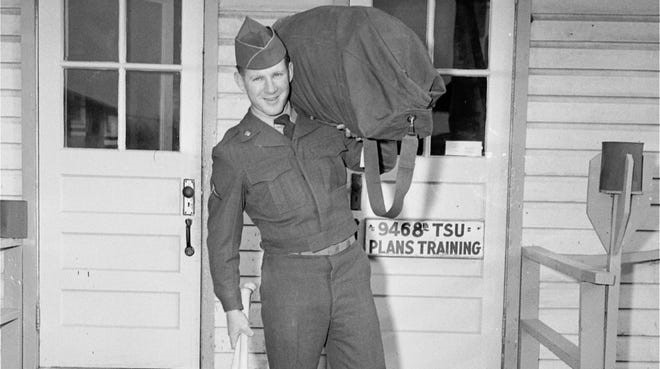 Hall of Fame Pitcher Whitey Ford of the U.S. Signal Corps (and others…)

By Mark A. Wallinger On November 29, 1950, Edward Charles “Whitey” Ford, fresh off a World Series victory with the New York Yankees, was drafted into the army during the Korean War, and assigned to the U.S. Signal Corps at
Continue Reading